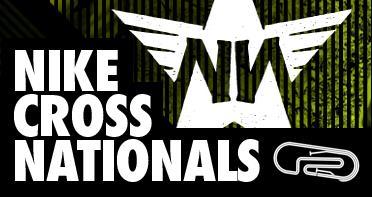 The Nike Cross Nationals were established in 2004, then known as Nike Team Nationals. For the 2007 season, Nike introduced the qualifying regionals for teams to qualify to NXN.

There are nine Nike Regionals throughout the country: Heartland, Midwest, New York, Northeast, South, Southeast, Southwest, and West. California also has its own regional, but their state meet is the week before NXN Nationals, so their regional is done by selecting the top two teams at the CIF State Finals. For information on the Nike Cross Nationals - Midwest Regional, click the link.

If a club finishes third or fourth in their regional, they can be considered for an "at-large" bid to the Nike Cross Nationals Finals. There are no individual at-large bids.